In August 2021, I joined the CLN as Regional Support Staff in the North. I have always admired and respected the work of the CALPs who support literacy and foundational learners in communities across Alberta; I am honoured to join this provincial network of educators. In this blog, I share my ongoing decolonizing journey to let you know a bit about myself and the importance I place on reconciliation with Indigenous Peoples in Canada. First of all, what is decolonization? There is no single answer, but Wilson (2018) defined it as "the 'undoing' of colonization and a process by which Indigenous Peoples are regaining their rightful place in Canada and are thriving" (p.65). My title attempts to be a clever play on words where I, as a settler, begin to understand the history and truth about colonization and assimilation in Canada. Unsettling also refers to my discomfort as I come to know how these actions continue to have a damaging and ongoing effect on Indigenous Peoples. Decolonization is not easy or comfortable. However, it has challenged me to explore some of Canada's history, laws and policies from an alternate perspective. Decolonization is uncomfortable and unsettling, and it must be.

As you may know, the federal government recently passed legislation to make September 30th a federal statutory holiday called the National Day for Truth and Reconciliation. Many provinces and employers have also adopted September 30th as a statutory holiday. This day provides an opportunity to recognize and reflect on the legacy of Indian Residential Schools (IRS) and Canada's colonial history. However, there is some confusion about this new date because it coincides with Orange Shirt Day. Orange Shirt Day is also an opportunity to create meaningful discussion about the effects of the IRS and the legacy they have left behind. Although these events share much in common, they are distinct. Orange Shirt Day began as a grassroots initiative by residential school survivors in Williams Lake, BC, in 2013. The National Day for Truth and Reconciliation was created as a response to The Truth and Reconciliation Commissions' Calls to Action 80, which called "upon the federal government, in collaboration with Aboriginal peoples, to establish, as a statutory holiday, a National Day for Truth and Reconciliation to honour Survivors, their families, and communities, and ensure that public commemoration of the history and legacy of IRS remains a vital component of the reconciliation process." Unfortunately, the federal government cannot mandate a statutory holiday for all Canadian employees; therefore, it is up to provincial governments or employers to decide if they recognize the new federal statutory holiday.

While the timing of this blog is motivated by both Orange Shirt Day and the National Day for Truth and Reconciliation, the motivation for my decolonizing journey was to educate myself about the colonial history of Canada. I wanted to recognize where racism exists in dominant Western society's underlying assumptions and beliefs and do what I can to provide safe spaces for reconciliation with Indigenous friends, colleagues, and community members. Over the decades, I have learned about colonization and assimilation policies' damaging effects on Indigenous people. I feel that it is important to note that every person is on their own decolonizing journey. There is no "correct" way or a "checklist" to follow; it is a deeply personal journey. This blog aims to share just one example of a decolonizing journey and some resources that helped inform my journey. 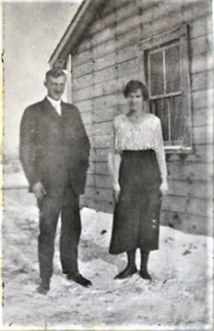 I was born and raised in Saskatoon, Saskatchewan and attended primary and secondary school in the 70s and early 80s. I finished university a decade before the last IRS closed in 1996. As a young person and a descendent of settlers to Canada, I was, sadly, very unaware of the history of colonization and assimilation in Canada, The Indian Act, and the IRS system. This is where my journey begins. I am the granddaughter of Scottish immigrants who came to homestead in northeastern Saskatchewan. I did not know that the land my grandparents farmed had supported Indigenous people for centuries. My family prospered and flourished as farmers due to colonization; however, colonization came at a great cost to the Indigenous Peoples. 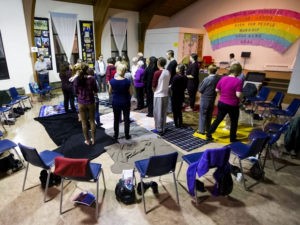 Over the decades, I have known many Indigenous people and learned about their lives, strengths and challenges, and often a bit about their cultures. However, in the last several years, I have had more questions about decolonization, reconciliation, particularly its effects on education. Since then, my learning curve has been fast and steep.  My decolonizing journey began in earnest a few years ago when I attended a Kairos Blanket Exercise.  If you have participated in a Blanket Exercise, you will know that it provides a powerful hands-on learning experience about the harmful effect of colonization on Indigenous Peoples. I will not "spoil" the experience for those of you who have not had the opportunity to do a Blanket Exercise but invite you to explore it further if this is new to you.

The Truth & Reconciliation Commission of Canada (TRC) of Canada's Summary Report was released in 2015 and is a comprehensive documentation of the history of IRS survivors' stories and includes 94 Calls to Action. The TRC directs many of these calls are aimed at the education systems. The TRC was established as part of the federal government's IRS settlement agreement in 2008 to gather and document IRS survivors' stories and provided a framework to incorporate the principles set out in the United Nations Declaration on the Rights of Indigenous Peoples (UNDRIP). It is essential to understand that colonization is not unique to Canada; it occurred worldwide. Likewise, the devastating effects on Indigenous people are not a Canadian phenomenon but also witnessed worldwide. Unfortunately, many of us did not learn about this part of Canadian history in school.

To learn more about this part of our Canadian history, I read Pulling Together – Foundations. Pulling Together is a series of open-sourced books written by Kory Wilson and available for free in PDF format. This book was an excellent source for definitions and an overview of colonization in Canada. Additionally, Foundation highlights the tools used in colonization to assimilate Indigenous Peoples to European culture: treaties, laws and acts of parliament, the reserve system, Indian Residential Schools (IRS).  Pulling Together was developed as the result of the Indigenization Project, a collaboration between BCcampus and the BC Ministry of Advanced Education, Skills and Training. The project was supported by "a steering committee of Indigenous education leaders from BC universities, colleges, institutes, the First Nations Education Steering Committee, the Indigenous Adult and Higher Learning Association, and Métis Nation BC. The Foundations Guide has some references specific to First Nations in BC, but it is a great resource overall. 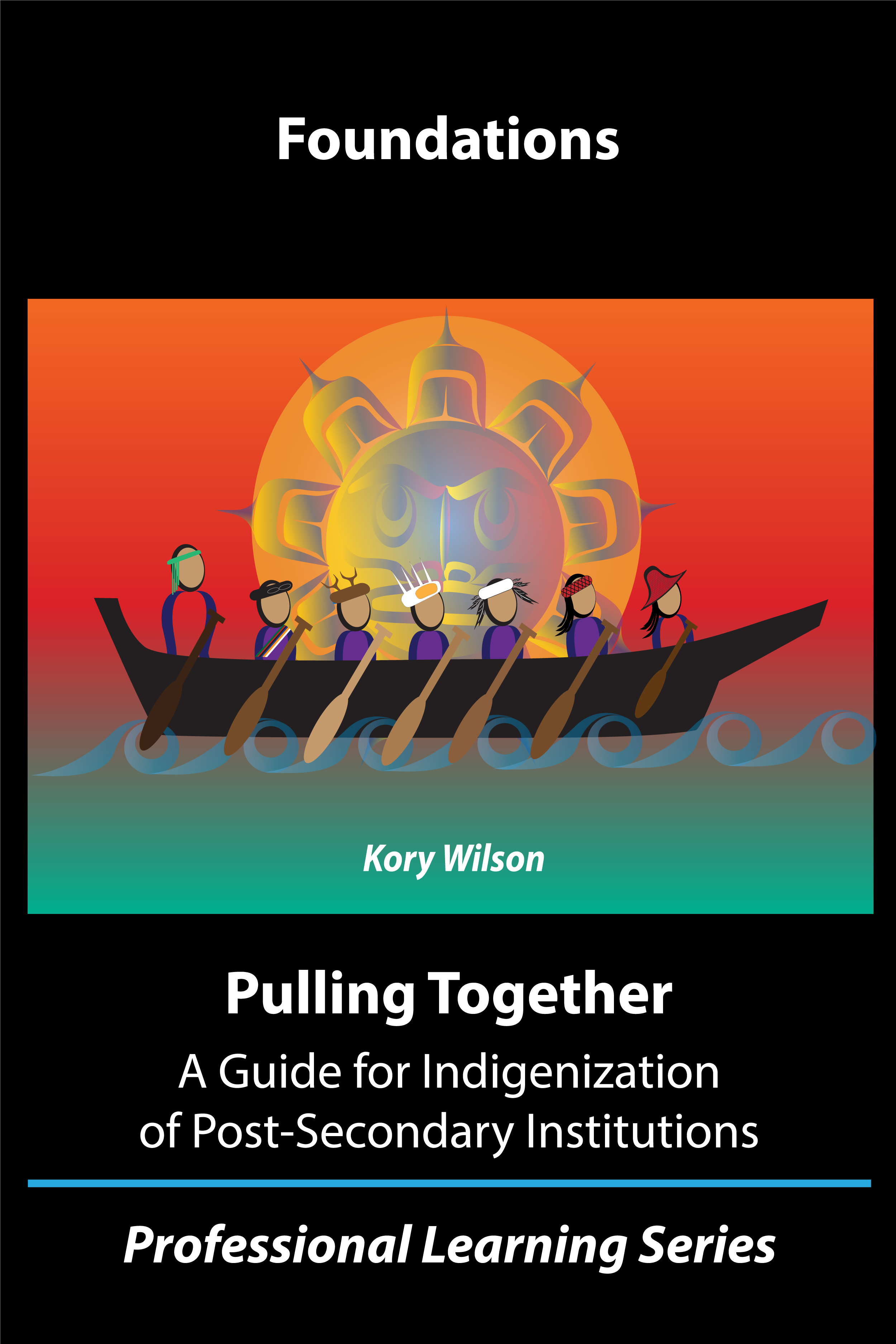 Another huge gap I needed to fill was my understanding of The Indian Act. The Indian Act was first passed into federal law in 1876, which closely followed the creation of the Dominion of Canada in 1867 and still exists today. From its onset, The Indian Act was part of an assimilation strategy to absorb Indigenous people into the dominant European culture of the young nation. During colonization, the Canadian economy shifted from the fur trade to the agricultural economy, and the interdependent working relationship between Indigenous people and fur traders faded away. Additionally, there was a political desire to "settle" the west before the United States claimed it, and Canada was actively encouraging immigration from European countries during this time. They needed farmland to attract settlers in the west. Treaties were signed with First Nations "reserving" land for Indigenous peoples while assimilating into Canadian society modelled after the settlers' homelands. However, the government did not consult with Indigenous Peoples about their assimilation strategy or the contents of the Indian Act or its assimilation policy. 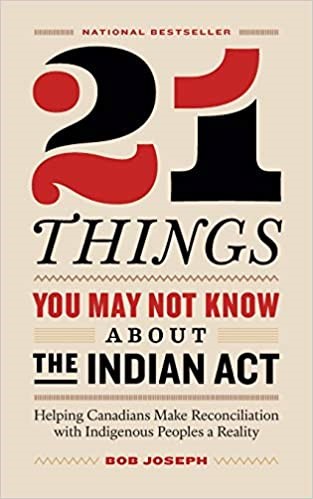 Within the Indian Act are laws defining and governing the care and control of "Status Indians" in Canada. "Indians" is a term only used within this Act; it is an offensive term and not used to describe First Nations people outside of the Act.  The Indian Act has evolved over the last 150 years but still defines "Status Indians" and the federal government's role in their lives. Bob Joseph's book, 21 Things You May Not Know About the Indian Act, was very illuminating and summarizes many of the discriminatory laws that have made up the Act.  I have included a video of Bob Joseph presenting this information to an audience Video - Bob Joseph's "21 Things You May Not Know About the Indian Act."

There were many treaties between the Crown and First Nations, but the Numbered Treaties, specifically Treaty 4, Treaty 6,  Treaty 7, and Treaty 8, cover territory in Alberta. There is a great deal of information about treaties in the free online course Indigenous Canada created by the University of Alberta and delivered by Coursera. This course, with an Alberta perspective, covers much more than treaties; "it explores key issues facing Indigenous peoples today from a historical and critical view." 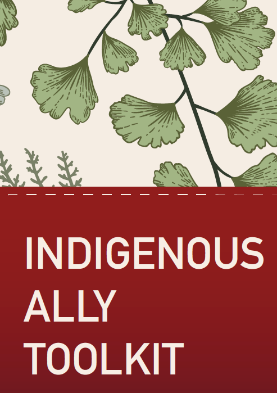 I still have so much more to learn. Every day I am struck by the fact that the more I learn, the less I know. If you are interested in exploring more about the role of an Indigenous ally, there is a resource on our CALP portal, The Indigenous Ally Toolkit, and is a wonderful place to start, but make sure you are logged in to your Portal account! Additionally, Lori St. Cyr, the CLN's Métis and Indigenous Liaison, is available as a resource to continue this conversation. As I wrap up this blog, I want to share just a few more resources and encourage you to share your resources in the comments below.

GoodMinds.com is a "First Nations family-owned business, which is passionate about Indigenous education." Although many titles can be found from other booksellers, GoodMinds.com consistently has an amazing selection of books for all ages, from children's stories to adult books.

Missing and Murdered Indigenous Women and Girls This website provides a link and discussion surrounding the final report (trigger alert). Their vision is as follows:

Our vision for the National Inquiry is to build a foundation that allows Indigenous women and girls to reclaim their power and place.

Because of Indigenous Peoples' rich diversity, this reclaiming will look different in different places. First Nations, Métis, and Inuit peoples each have their own distinct cultures, languages, and ways of life. Their communities have their own distinct political, legal, social, cultural, and economic systems. There can be no one-size-fits-all, pan-Indigenous approach. Solutions must instead be culturally appropriate to First Nations, Métis, and Inuit women and girls, their respective communities, and their Nations.

Podcast: Two Crees in a Pod hosted by Terri Suntjens and Amber Dion from MacEwan University.  Their podcast covers many topics as they host guests such as Cindy Blackstock and Kathy Absolon as they "unapologetically creates space for Indigenous resurgence…to disrupt western colonial systems and honour Indigenous helping practices."

The Métis Nation of Alberta, who is mandated to be a representative voice on behalf of Métis people within Alberta, provide Métis people with an opportunity to participate in government policy and, most importantly, promote and facilitate the advancement of Métis people through the pursuit of self-reliance, self-determination, and self-management. 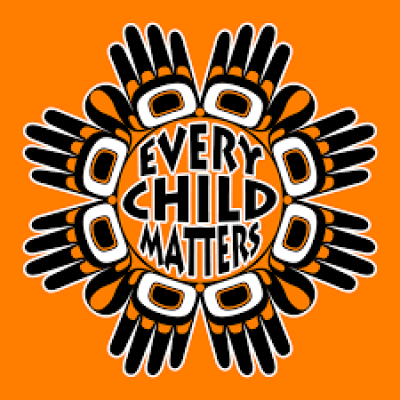 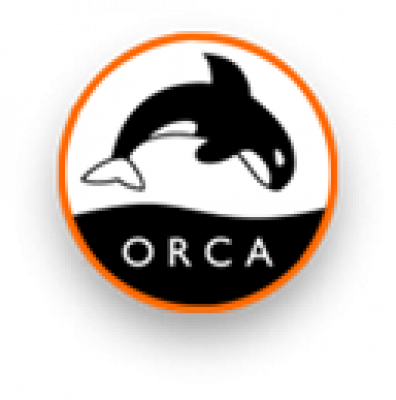 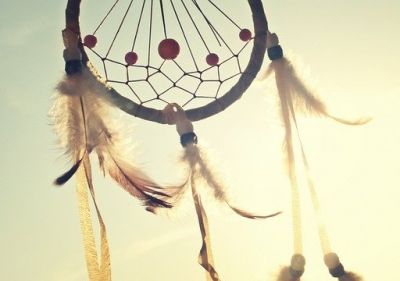