A hippo in Africa

It was December 2004. There was heavy rain in Kenya. Then big waves hit the coast. A baby hippo lost his mother. He got stuck near shore. 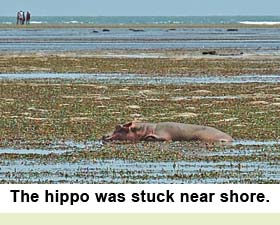 Many people helped to save the baby hippo. They caught him in a net and pulled him to shore. They named the hippo Owen. 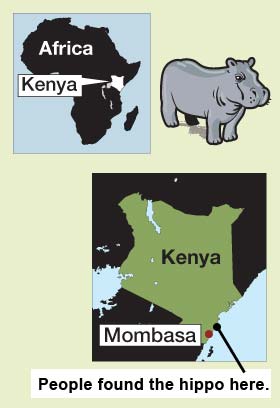 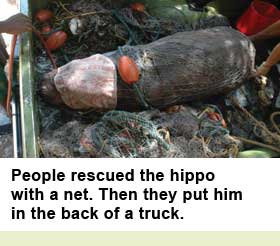 Owen was too small to be with other hippos at the park. So workers put him with some giant tortoises. Owen walked over to a tortoise and stood beside him.

On the first day, Mzee hissed at Owen and tried to run away. But soon the tortoise started to accept Owen.

The next morning, Owen was sleeping beside Mzee! A man took a picture and put it on the Internet. 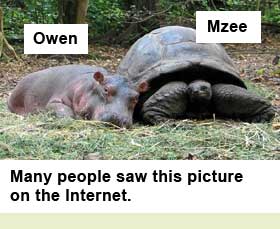 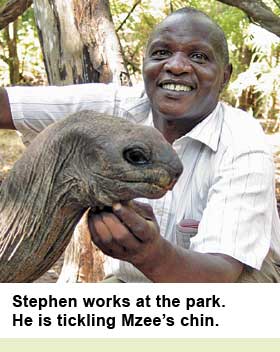 Together all the time

Owen and Mzee became friends. People are very surprised because the two animals are so different.

Owen and Mzee are together all the time. They sleep, walk, eat and swim together 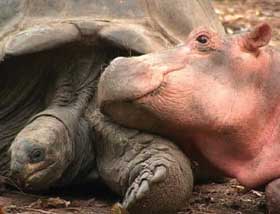 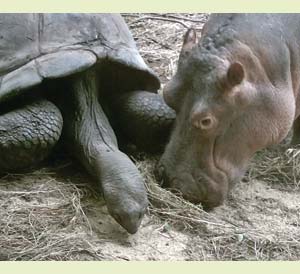 One day, Owen will live with other hippos in the park.