Brian is an athlete

Brian McKeever is an athlete. His sport is cross-country skiing. 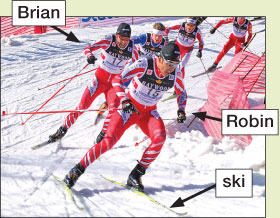 Brian started to cross-country ski when he was three years old. He was in many races in his teens. He loved sports.

Brian had an eye disease. His father and his aunt had the same disease.

So far, Brian has lost about 90 per cent of his eyesight. 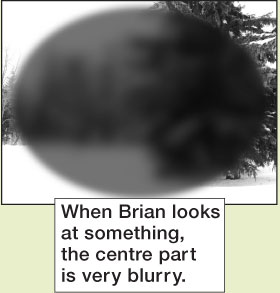 Brian became a Paralympic athlete. He was in the Paralympic Winter Games in 2002 and 2006. He won seven medals.

Brian has a guide when he is in a race. The guide skis in front of Brian. Brian is lucky. His brother Robin is his guide. 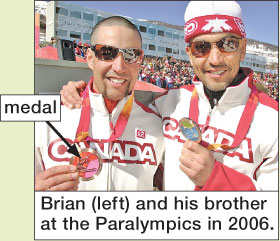 Brian is 30 years old now. He lives in Canmore, Alberta.

Brian trains and competes often. But he has a job too. He is a bicycle mechanic. He fixes bicycles. 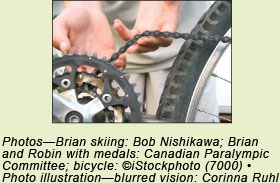