Instruments of the world: bagpipes

Diane lives in Edmonton. She plays the Highland bagpipes. Diane started to play when she was nine. Her dad played the bagpipes.

Diane says you need good lungs to play the bagpipes. You need strong cheek and lip muscles too.

The bagpipes are very loud. Diane wears earplugs when she practices. The earplugs protect her ears. 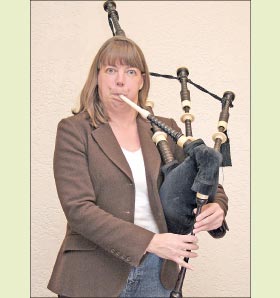 Member of a pipeband

Diane plays in a pipe band. Everyone wears a uniform. Both men and women wear kilts. 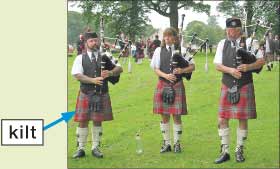 The band plays at events across Canada. The band will go to Scotland in the summer. They will compete in the World Pipe Band Championships. 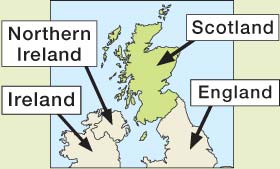 Many kinds of bagpipes

The bagpipes are very old. People have played them for thousands of years. Where were they first played? It's a mystery.

There are many kinds of bagpipes all over the world. The Scottish (or Highland) bagpipes are famous. They are an important part of Scottish music. 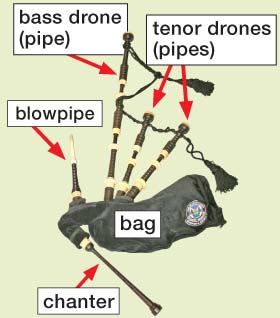 How to play the bagpipes

A piper has to blow, squeeze and play notes all at the same time. 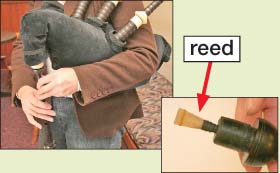 Watch and listen to Diane play the bagpipes.