Instruments of the world: didgeridoo

The didgeridoo is an old instrument. Aboriginal people in Australia have played it for about 2,000 years.

The didgeridoo is played at special events in some Aboriginal communities. There are often dancers and singers too. 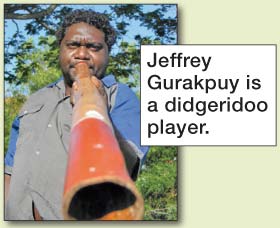 Today people around the world play the didgeridoo.

How do you play this instrument? You blow into it. You breathe in a special way so the sound does not stop.

This Aboriginal man is making a didgeridoo out of a tree trunk. 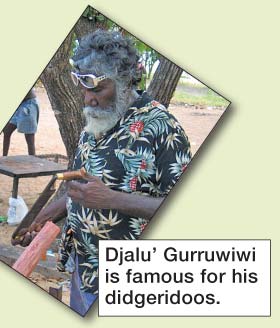