Instruments of the world: erhu

Hubert is from Hong Kong. He came to Canada in the 1970s. He lives in Edmonton now. 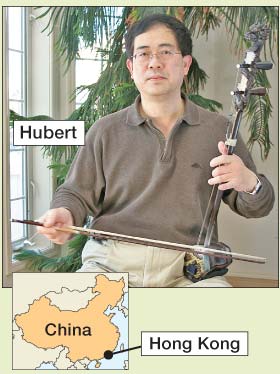 Hubert has played the erhu for more than 40 years. He still takes lessons. He practices in his spare time.

Hubert has performed many times in Hong Kong and in Canada. He helps people learn about Chinese music. He gives erhu lessons and plans concerts too.

The erhu is from China. People have played the erhu for more than 1,000 years.

The erhu has two strings. The body of the erhu is made of wood and python skin. A python is a large snake. 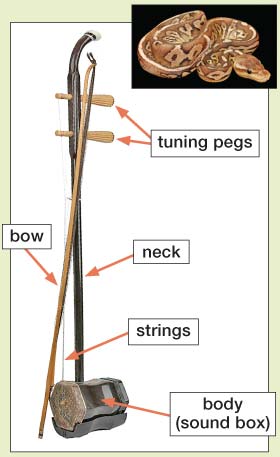 How to play the erhu

Hubert says the erhu is difficult to play. 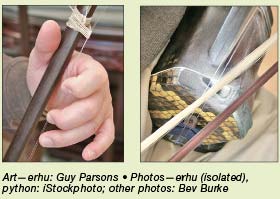 Watch and listen to Hubert play the erhu.