Telephones: then and now 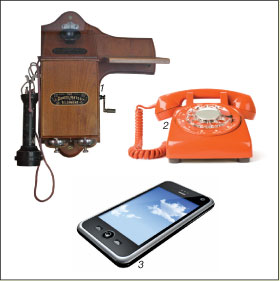 In 1884, there were two telephones in Alberta. Now almost every home in Alberta has a telephone.

How have phones changed since 1884? Here are some photos.