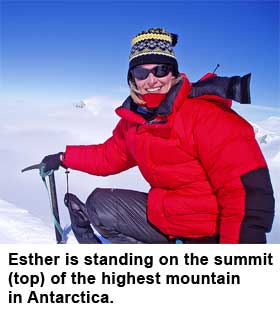 She said, "It's like being in a plane, but you're standing there".

Climbing mountains can be dangerous. For example, it is hard to breathe on very high mountains. Climbers can get very sick.

Esther is 32 years old. She works in Calgary. Her husband is also a climber.

Esther believes that you have to take some risks in life. You have to overcome your fears. 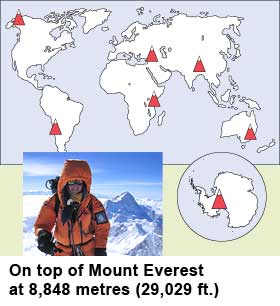 Adapted from the Calgary Herald and www.deloitte.com; Photos: Esther Colwill