A family farm in Alberta

Darrell and Marianne are farmers. They live on a farm south of Edmonton. Marianne’s grandfather started the farm in 1936. Her parents took over the farm about 50 years ago.

Darrell and Marianne run the farm now. They raise cattle. They grow hay, barley and oats.

Darrell does most of the farm work. Marianne takes care of the house and has a job at an airport.

The couple have two children. The kids go to school in a nearby town. They help with chores too. 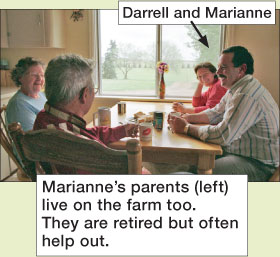 Life on a small farm

Darrell and Marianne like farming. But it is hard to make a living.

There is always something to worry about. For example:

This year, the crops are bad because of the drought. The family hopes that next year will be better.

Here are photos of Darrell, Marianne and their two children.

1. Darrell checks the grain in the granary. 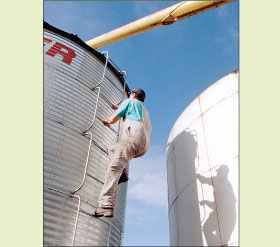 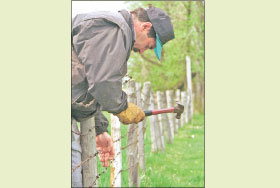 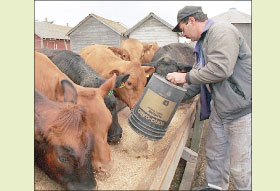 4. Marianne hangs up the laundry. 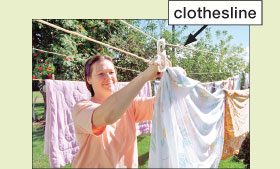 5. Marianne gets carrots for supper from the garden. 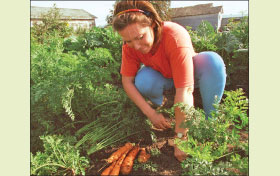 6. Marianne and the kids bring supper out to the field. 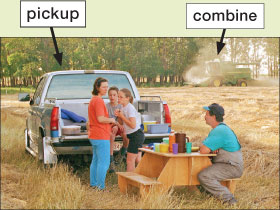 7. The kids love animals. They have a few animals of their own. They show their animals at 4-H shows.

Did you know? Many young people belong to 4-H clubs. The clubs have many activities. For example: camping, crafts, dog shows and livestock shows.

Young people can learn about things like small engines and cooking too. 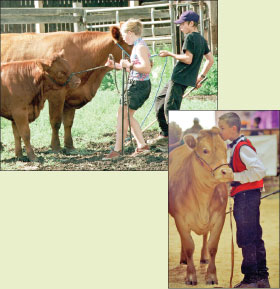 8. The kids have lots of fun on the farm. 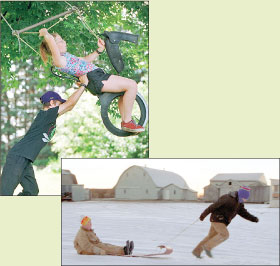 This article first appeared in the September 2002 issue of English Express.