People cannot discriminate against you because of your religious beliefs. For example, a person might be Buddhist, Christian, Hindu or Jewish. A person might believe in Aboriginal spirituality.

My co-workers joke about my Aboriginal spirituality. They joke about the sweetgrass in my office.

I think my co-workers are harassing me because of my religious beliefs. That is discrimination.

I am Muslim. I pray 5 times a day. Two times are during my work hours.

I want to pray during my breaks. It takes me about 10 minutes to pray. My boss says, “You should pray at home.”

I think he is discriminating against me because of my religion. 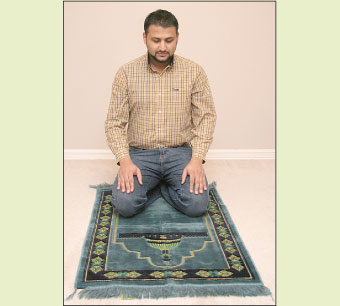